A Wonderful Year at MacConvilles

December is naturally a time for reflection; a time to celebrate the year gone by so that we can look forward to what is to come. What a year it has been, here at MacConvilles!

Employees at our Heart

The year started well, with a few personnel changes, including the introduction of a new Senior Quantity Surveyor, Ash Dalton in January and the promotion of Kevin Bashford, who became an Associate. In March, our Managing Director, Malcolm Gordon, announced he would soon be adding another member to the team, with the news that he was to become a grandad!

In May, we concentrated on our community engagement drive. Our offices are now home to a defibrillator and we are trained up in how to use it, should the need ever arise.

But June was month we had all been waiting for. Our 80th birthday celebrations were held at the iconic i360, making for a unique and exciting event that all our colleagues, clients and collaborators were welcomed at. Eighty years is an incredibly long time, but we wanted to include everyone that we had ever worked with – the people are at the heart of what we do, after all!

We haven’t really stopped since! In June, we also achieved BS 76000 accreditation for Human Resource and Valuing People Management, making us one of the first companies in the country to do so. Marina Cobra joined us in August as Architectural Technician and then in September some of our team (and Harvey, the office dog) headed off on the Arundel to Brighton South Downs Challenge in aid of the Dame Vera Lynn Children’s Charity. Our intrepid explorers, Charles, Toby, Kevin, Ash, Neil and Harvey the dog, raised £1,450 for the cause – well done guys!

Later in the same month, we treated our Long Service Award winners to a team building afternoon at the Brighton and Hove Food Partnership Kitchen. We are lucky enough to have two members of staff who have been with us for 20 years and another that has managed 15! The three employees made soup and bread as part of their reward, while Pat Begley was also promoted to Associate status.

September saw a few other staff changes, as little Spencer Gordon was welcomed to the world, and our MacConvilles family, on the 14th. We also appointed Sarah Billings as office manager and Tavis Russell joined us as a Building Surveyor.

Family is always first and foremost in our minds, so everyone understood when Malcolm Gordon chose to retire in October in order to spend more time with his new grandson and more time in the sunshine! We will miss him greatly, although he has promised to come back from time to time, and so we held an intimate lunch for colleagues in his honour at the Grand Hotel, Brighton. Soon afterwards, we introduced Chris Hayden to our team as a Senior Quantity Surveyor.

While we celebrate our 80th year, we have never forgotten how we started. In the year 1938, MacConvilles began trading, just shortly before the outbreak of the Second World War. As a company, we have seen our way through times of hardship and fear, and so we think it is incredibly important to take the time to mark the 100th anniversary of the Armistice and its legacy, simply because we can, and others cannot.

Here’s to Next Year

And so, as we head into the festive season as newly crowned winners in the Professional Service category at the Sussex Business Awards, we would like to wish you all a Merry Christmas. Enjoy every moment! We hope to see you in our 81st year; who knows what exciting adventures lay ahead in 2019?! 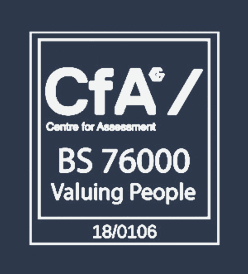 At the core of this website is HTML, CSS, and Javascript